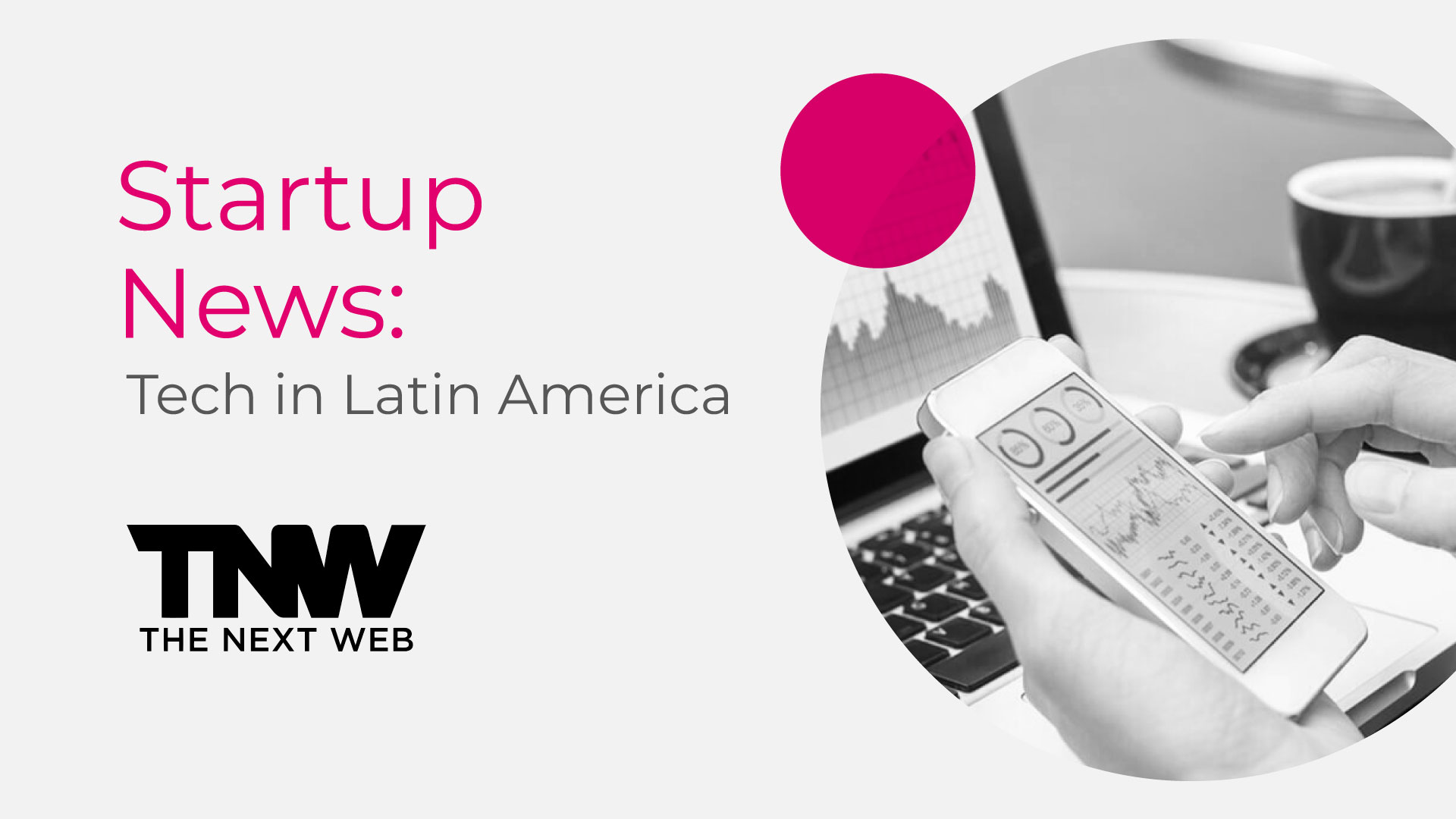 Fast-forward from December 2019 to May 2020 and the region’s startup ecosystem momentum has, like elsewhere in the world, been significantly impacted by the outbreak of COVID-19. Last month the World Health Organization (WHO) declared Latin America the new epicenter for the virus, and Brazil, the region’s strongest startup ecosystem in terms of investment in 2019, today counts the world’s second highest number of confirmed COVID-19 cases behind the United States.

Despite these challenges, startups across the region saw further rounds of investment, acquisitions including a Chilean food delivery startup, and the introduction of new products.

Here’s an entrepreneur’s guide to what happened in the Latin American tech scene in May.  ig players

A number of global technology companies continued efforts to help startups and the general public in Latin America during the pandemic.

Qualcomm’s Wireless joined with Brazilian telecoms service provider ClearTech and enterprise mobile app developer MTM Tecnologia to develop an app to facilitate secure blood donations across the country. The initiative is part of the “The Green and Yellow Blood Project,” a nation-wide blood drive campaign supported by the Brazilian Football Confederation (CBF), the Brazilian Association of Hematology, Hemotherapy and Cell Therapy (ABHH) and the São Paulo Medical Association (APM). The initiative came as the WHO warned that the coronavirus outbreak and social distancing measures could have a negative impact on the global blood supply.

In Argentina, software development giant Globant announced the launch of its “Life Sciences Studio,” an initiative that brings together bioinformatics engineers, mathematicians, biologists, platform experts and data scientists to help healthcare, agriculture and pharmaceutical organizations go digital. In a statement, Life Sciences Studio Partner Kevin Janzen said that the initiative will help develop solutions for organizations who are forced to rethink their approaches due to COVID-19.

In Brazil, eBay is hoping to help local merchants affected by the lockdowns sell their wares to a larger online market via its “Meu Negócio 24/7 no eBay” (My Business 24/7 on eBay) program. The online marketplace reportedly invested R$600,000 (US$116,000) into the initiative, which will allow merchants to use eBay’s marketplace in Brazil free of charge.

The announcement came one month after a survey reported that 600,000 small businesses shuttered their operations and 9 million people were laid off because of the economic fallout of the pandemic in the country. One Brazilian tech entrepreneur, Phil Alves, wrote a candid account on Medium about his experience, suggesting that founders cut non-essential marketing expenditures, leverage networks and strengthen existing relationships with customers.

Elsewhere in the country, Yao Wei, CEO of Huawei in Brazil since 2016, was replaced by Sun Baocheng, the former head of the company’s carrier business group. According to ZDNet‘s Angelica Mari, the company has had operations in the country for over two decades. Huawei has received recognition in the past for its rotating leadership system.

Funding for startups amid COVID-19

A report released in early May by Brazilian Venture Capital firm Distrito showed that VC investment in Brazilian startups in April 2020 jumped 118% from the same period last year to US$144 million. However, the number of total deals dropped 4.7%, and two Brazilian companies, PetLove and CargoX, were responsible for 89% of the total volume invested.

In Mexico, local VCs increased the amount of investment into Mexican startups from January to April 2020 by 132% compared to the same period last year. According to a May report from El Economista reporter Rodrigo Riquelme, who cited data from business intelligence firm Transactional Track Record (TTR), 31 deals were made amounting to US$303 million from January through April.

Perhaps the most active sector for VC investment in May in Latin America was the fintech industry.

Washington D.C.-based Quona Capital, a firm that invests in early stage fintech startups from emerging markets, led a US$15 million investment into ADDI, the Colombian point of sale lender for consumers, according to Contxto reporter Mariana López. The round also included Foundation Capital, S7 Ventures, and Andreessen Horowitz.

Another Colombian fintech, the Bogotá-based payroll lender Avista, announced they raised US$75 million from undisclosed investors to help grow a line of digital credit products for people over 60 in that country. According to Colombian statistics agency DANE’s last census in 2018, the country’s elderly population has increased dramatically from 3.98% of the total population in 1985 to 9.23% of the population in 2018.

Mexico City’s Belvo, a Y-Combinator backed open banking startup that creates APIs to connect apps to financial institutions in the region, landed US$10 million from Founders Fund and Kaszek Ventures, according to Anna Escher of TechCrunch. Founder Pablo Viguera previously told the publication that the company’s aim wasn’t just to connect apps and banks, but rather to gather data on the region’s unbanked populations that regardless of not having a bank account, are very active financially. Though statistics vary widely, some studies report that over half of Latin America’s population is unbanked.

Fintechs accounted for the largest segment, 31% of total VC investment in Latin America in 2019, and it looks as if this trend will continue throughout 2020. Ximena Aleman, an entrepreneur based in Uruguay, wrote in an op-ed in May that in order to ensure continued growth of fintech startups and investment in the sector, regional governments should work together to build regulations that match up across borders.

In addition to the above, an on-demand delivery service also received attention from investors in May. Salvadoran delivery startup Hugo raised an undisclosed Series A investment, part of which they will use to create an early stage venture capital fund, Hugo Ventures, for Central American startups, reported Katie Tincello of LatamList.

Climate Launchpad, a global competition and accelerator program for “green businesses” backed by European climate initiative EIT Climate-KIC, announced the launch of a competition in Argentina and Uruguay for the first time ever. Applications for the competition are due June 28, and qualified founders will compete globally for a spot in Climate Launchpad’s Accelerator program and €10,000. The program has had a presence in Latin America, previously running initiatives in Brazil, Colombia and Guayana, on South America’s north Atlantic coast.

Rockstart Colombia announced in May that it was taking applications from startups for its next cohort. Headed by Felipe Santamaria, the Bogotá-based chapter of the international startup accelerator program from Amsterdam had just announced in March that it would create a new US$20 million fund focused on investing in startups from Latin America.

Argentinian beer brewing giant Quilmes announced in May that its accelerator program, Eklos, is accepting applications for its 2020 cohort of startups. The program focuses on launching and scaling companies in the consumer beverage sector as well as agribusiness startups.

The Mobile Growth Association geared up for its first all-virtual Mobile Growth Summit, a gathering of marketing experts in the mobile space. The second day of the event was dedicated to Latin America, with presentations from leaders from around the region including Harlyn Pacheco, COO of the Uber for motorcycles Picap; Scott Kepnach, Head of Marketing Partnerships at Colombian-based delivery startup Rappi; and Roberto Taboada, CEO of Mexican fintech startup Kubo Financiero.

The Venture City, a startup accelerator with presences in Brazil, Miami and Madrid, announced that it onboarded a new cohort of companies in April and May. The first virtual on-boarding included FixMe, a sports and fitness platform that operates in Colombia as well as Spain, and WeFish, a social app for anglers that is active across Latin America and the US. Elsewhere, the United Nations AI for Good Summit geared up for a webinar about indigenous knowledge and AI which featured Mexican technology expert and former Impact Hub Manager Enrique Alvarado Hablutzel.

Thanks to COVID-19, the Founder Institute announced in late April that its next Latin America cohorts would be completely virtual. In May, the early-stage accelerator began accepting applications for its online program in Latin American countries including Mexico, Chile, and Brazil.

With many founders still figuring out the short and long-term effects of the novel coronavirus on their businesses, we may see a lull in new startup launches, product offerings, and acquisitions for the next few months.

That said, there were a couple of startups that went after opportunities to expand their business in May, mostly in the fintech and delivery space.

Argentinian fintech startup Ohana announced pre-registrations for its upcoming e-wallet product. The development firm made the announcement five months after announcing an undisclosed investment round led by Chimpay SA and Grupo Huentala Inversiones (HIH), according to Crowdfund Insider. The country saw a 61% growth in startups entering the fintech sector in 2018, according to data from the Inter-American Development Bank and industry organization Finnovista.

Just months after announcing a funding round which included Mexico’s Dila Capital, Ecuadorian digital payments startup Kushki announced in May that it has expanded to Mexico. The digital payments platform aims to connect all of Latin America’s businesses to make it easier to conduct transactions and get paid in local currencies.

And TodoVa, a Chilean delivery startup led by Carla Rodríguez, announced that it was acquired by Peruvian delivery startup Chazki. The acquisition, which reportedly involved no cash changing hands, places Ms. Rodríguez as the country manager for Chazki in Chile, paving the Peruvians’ way into the country whose food service sector was projected to grow by 4.7% from 2016-2021.

Delivery drivers across Latin America for companies like Rappi, UberEats, Didi Food and Glovo took to the streets to protest on May 29, according to a report from Alejandro González Ormerad in Contxto. Gig economy workers have been fighting for better pay and benefits around the world practically since the inception of companies like Uber and DoorDash, but as Mr. González writes, this particular protest was set against the backdrop of COVID-19, and the extra risks these delivery workers are taking to service massive populations under lockdown.

According to Mr. González, delivery drivers in Latin America are demanding a set minimum wage; sufficient protective gear; pension and healthcare provisions; an end to sudden firings by the companies; and more consistent terms and conditions for workers. On June 15, Seattle became the first US city to mandate that third party food delivery services pay their employees a $2.50 premium per delivery, a cost they also mandated could not be passed on to customers.

In Mexico, BioBot Analytics, a startup that analyzes urine and fecal matter in wastewater, has been collaborating with governments free of charge to analyze COVID-19 infection levels via the sewer system. Contxtoreported that at the end of April, the company raised US$4.2 million to further their efforts. The news comes as Mexico has surpassed 18,000 COVID-19 deaths and authorities are sounding the alarm that the country’s high rate of diabetes — a common comorbidity of coronavirus — could lead to more fatalities. Speaking to Forbes at the end of May, Casey Means, MD, a Stanford-trained physician and startup founder, said that 43% of COVID-19 deaths in the country had pre-existing diabetes, and lifestyle changes such as diet and exercise should be key components to help populations better fight disease going forward.

Vitta, a telemedicine startup from Sao Paulo, Brazil, began an initiative to encourage mass COVID-19 testing in the country. According to Angelica Mari of Forbes, the company teamed up with startup unicorns Rappi and Loggi, as well as medical centers and shopping mall chains, to build a system where Brazilians can order a test online and get it administered through a drive-through location at a shopping mall. The companies will reportedly donate one test to the public for every test purchased.